Was up at 6:15 this morning, took B, the boys and Lisa to the pier in Central for 8:00. They all went to Lantau for a four day three night camping extravaganza. I went to the office straight after, and got home an hour ago.

To an empty apartment. First thing I did, was to hang up the washing that Lisa put on at only God knows how early. Then I put on another wash. Then I briefly contemplated my options:

1. go for a run
2. go to the gym
3. go for a swim
4. go buy some fresh vegetables in the market
5. call my dad
6. call my brother
7. eat an orange
8. open a can of guinness
9. have a glass of tempranillo
10. munch on a slice of swiss cheese
11. eat leftover chicken pie from Sunday brunch
12. eat leftover bbq ribs from Sunday night
13. change into my pyjamas

So guess where I'm at. I went through options 9 to 13, and proceeded to watch Miami Ink on the telly.

Pictures of my recent baking efforts: 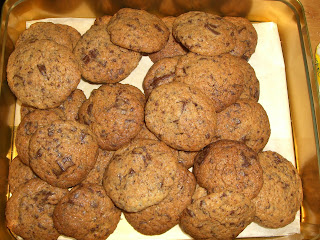 I ran out of chocolate chips so I chopped up a bar of dark chocolate and the effect is aesthetically more pleasing.

And below, nasty looking but rather tasty sticks: 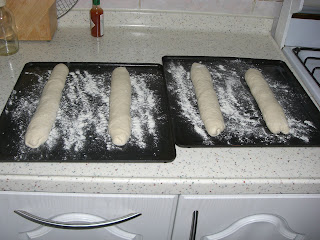 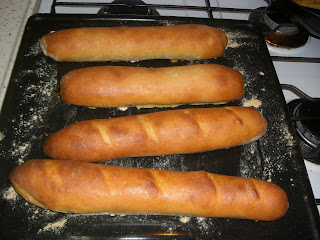 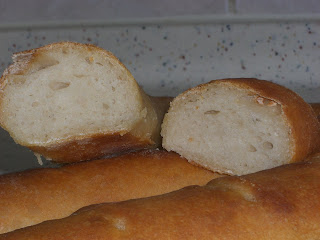 And below, the most god awful board game I ever had to play: 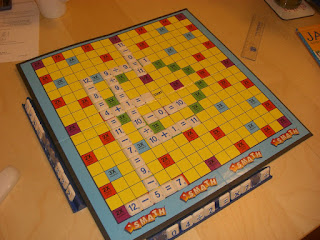 It is like scrabble, only with sums and equations. It's called 'SMATH horrrrrrrr horrrrrrrr horrrr.... O is really into maths these days and he dug it out wanting to have a go. I couldn't remember where it came from; somehow I was convinced it was a birthday present for O from someone who must have really hated me.

How can I even being to explain to you how awful it is? Well I regularly was faced with four bracket tiles, one number, and five signs including three equal signs. I was playing against O, and he couldn't make up ONE sum with the tiles he had, for the whole 45 mins. that we played. I didn't want him to give up, so I kept trying to help him, and ended up playing the goddam game against MYSELF.

I couldn't think who might have given this to O.... we haven't organised a birthday party for him for years now and this 'SMATH thing is something bought in Hong Kong... after two glasses of wine, at around midnight, it finally occurred to me that it was me, ME, who bought this goddammed "game". Really. I resign. You really do rule.

Can I ask ... what were the ingredients in the bread sticks? Anything beyond the basic flour, yeast, salt, sugar, water? Where did you buy the flower?